We are here to support you on your projects

The Exhale Fans are sold worlwide since 2015.

In Europe, they are sold to four main markets : 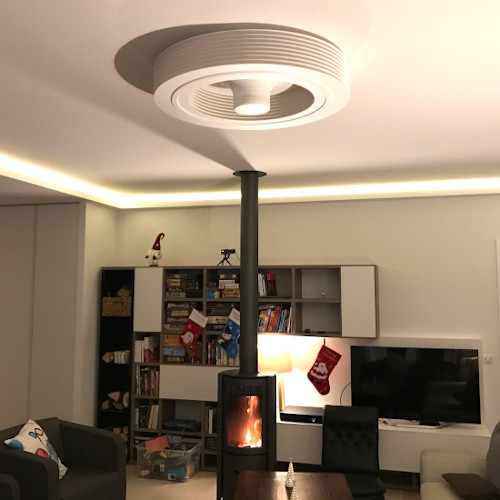 End consumers for their home and flats 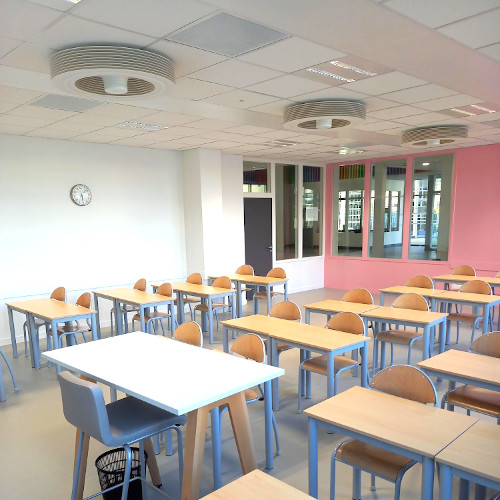 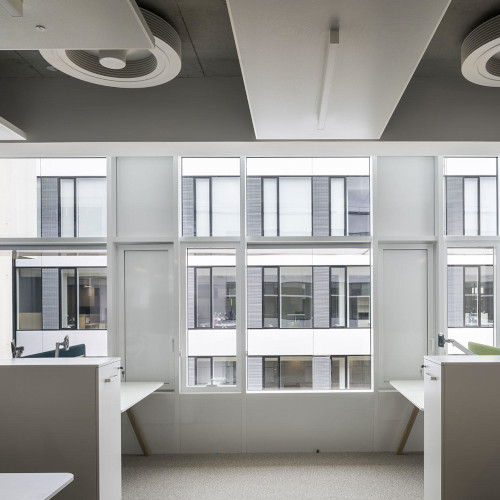 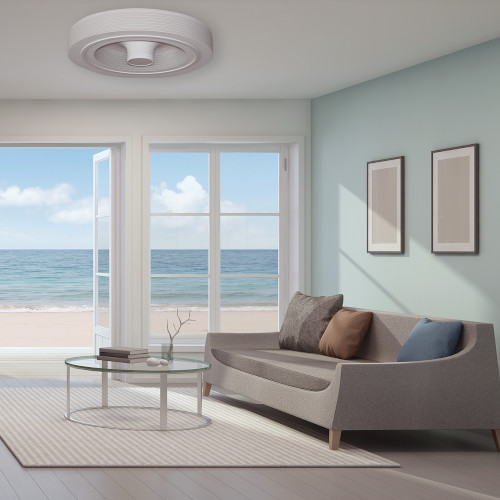 Map of B2B references in Europe 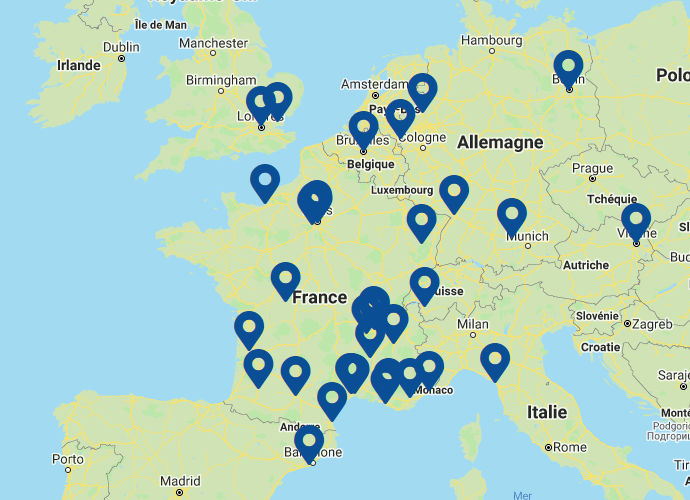 Go to the map

Unlike any other fan, Exhale Fan stirs the air at 360 degrees around the room, not just under him.

With a record thickness of only 18 centimetres (16.5 cm under blades), the Exhale fan fits in any ceiling, even low ceilings rooms (2m50). 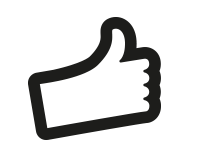 The bladeless fan prevents any injury and create a risk free solution for all buildings. 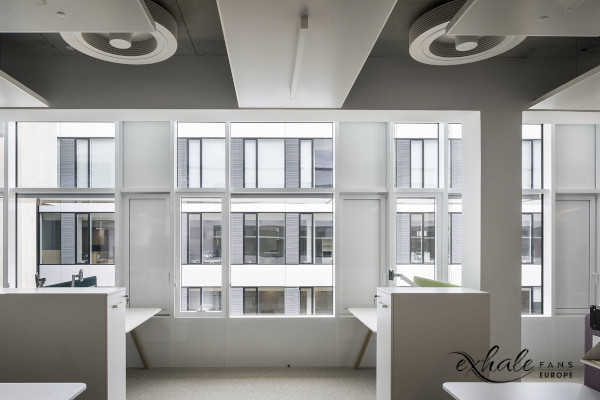 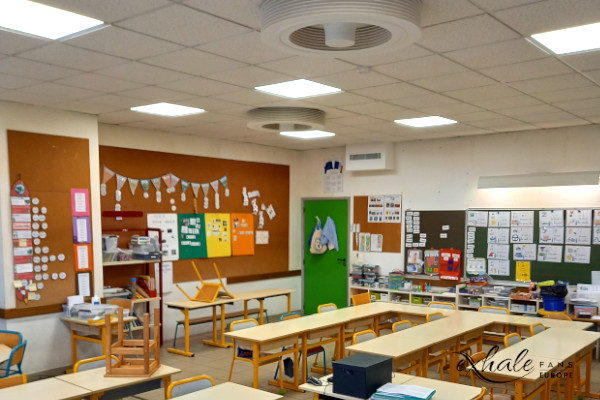 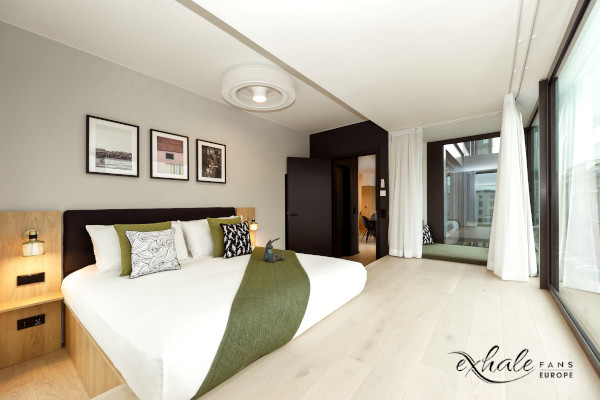 Go to the B2B Gallery 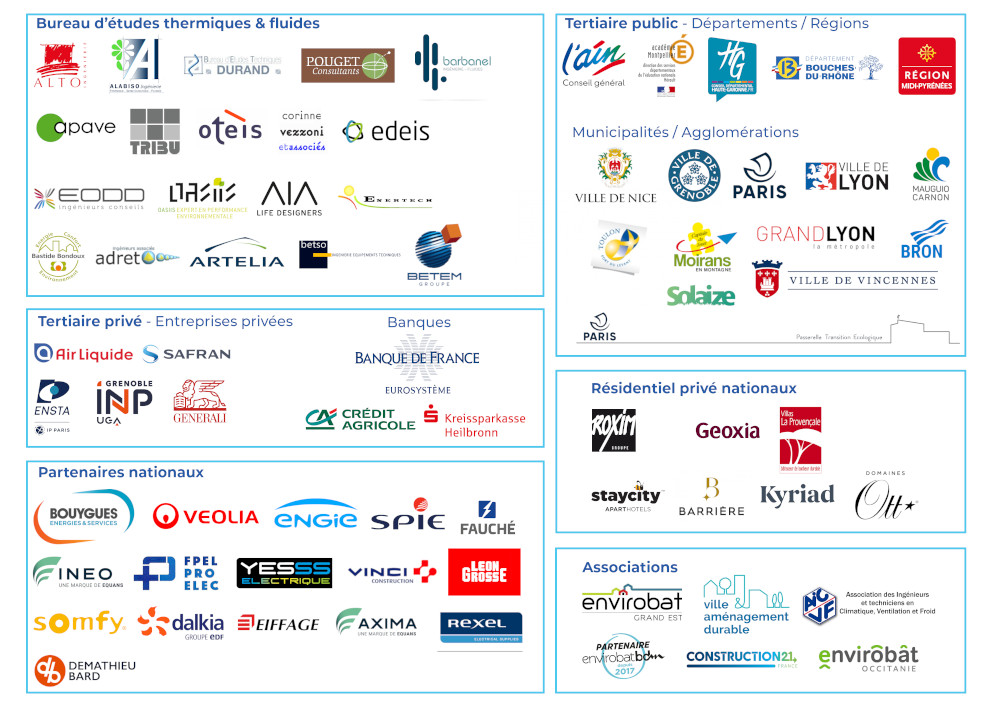 Save up to -38% economy on electric bills with Exhale

The Exhale Fans are used in addition to AC & Heating solutions making them more effective.
They allow important savings on the energy bills.
According to the sudy conducted on Exhale by the university of Purdue (USA) an Exhale fan can reduce your electricty bill by up to 38% 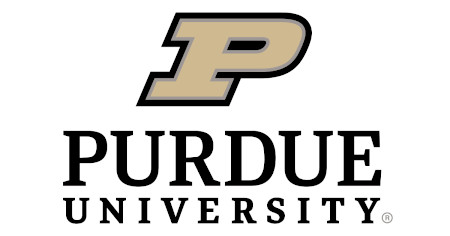 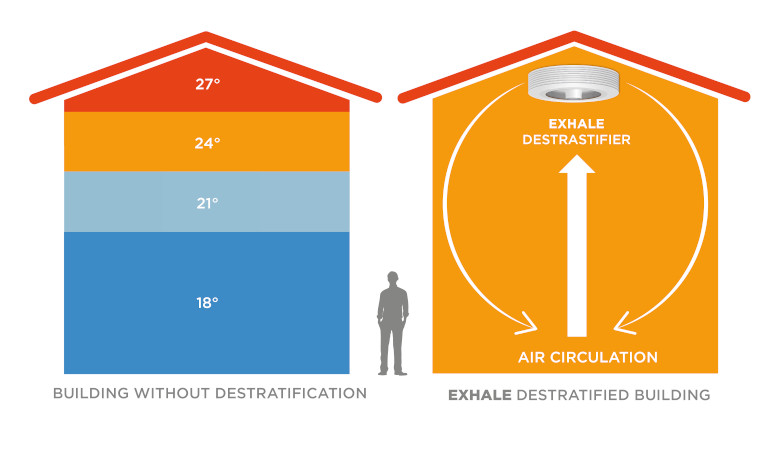 In Zone H3/H2D (Mediterranean arc), air mixers are essential for summer comfort in order to meet the requirements of the RE2020. 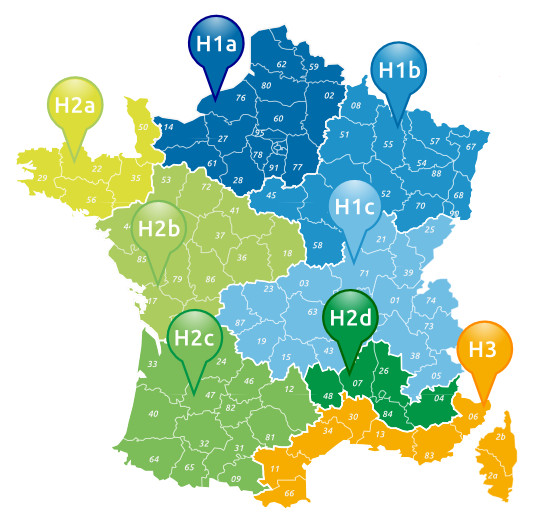 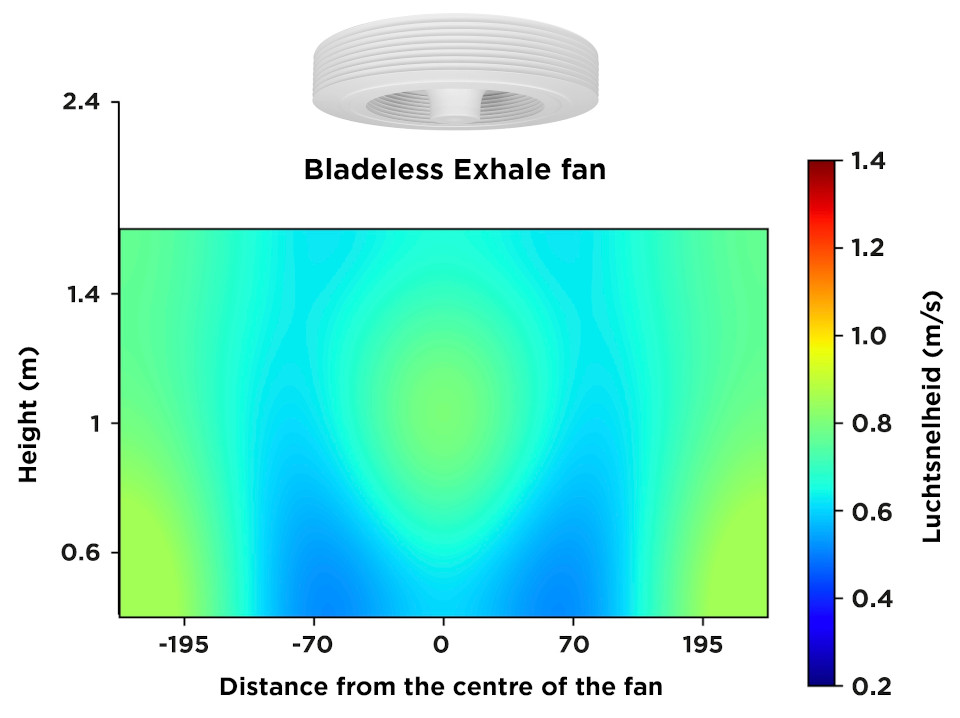 Thanks to its 3 patents, the Exhale fan delivers a uniform air speed throughout the room, regardless of your position in relation to the fan. 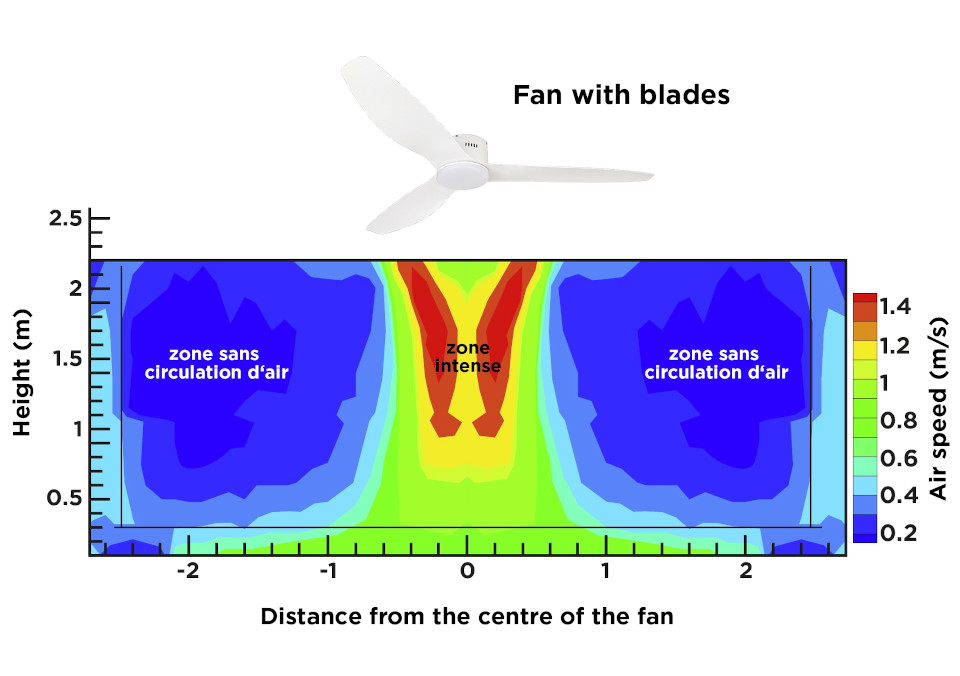 With a fan with blades, there is a high intensity of air speed directly underneath (which can even be annoying in use – leaves and hair flying), however, as soon as you move away, you have dead zones without air speed.

Exhale Fans Europe is distributing bladeless, silent and design Exhale Fans Allover Europe since its creation in 2016. The Exhale Fans are also distributed worlwide (from Usa to middle east and many countries in Asia Pacific).

Exhale spreads the air at 360°

Exhale was designed and engineered by a former US Air Force Pilot. He inspired himself from the Nikola Tesla bladeless turbine and manage to create a unique and very innovative ceiling fan. Exhale is the first bladeless ceiling fan.

The fan is stirring and spreading air in the entire room. Unlike traditional ceiling fans that only stirr air below them, the exhale fans spreads the air at 360 degrees in the room.

The air below the fan is sucked into the Exhale (through a vortex effect) and then sent in every directions around the fans.

An innovative device to refresh the room

Generation after generation, the Exhale fan is improve to become more efficient and silent.

Many assets to please

The Exhale fans has several assets :

A large spectrum of B2B and B2C customers

We have different types of professionnal customers :

Our Exhale team is composed of experts supporting you in the realization of your projects. Both for the sizing and for the overall choice.

We are here to help.

Environment and sustainable development (RE2012 / RE2020)

The bladeless ceiling fan also allows you to earn points to meet the prerequisites of the RE 2012 but also of the RE 2020.

The Exhale fan consumes little energy while offering great energy efficiency by distributing heat better from the floor to the ceiling (delamination) or by ventilating the entire room at 360 degrees to improve quality of life.It can be combined with heating systems in winter and air conditioning in summer. This results in significant energy savings. 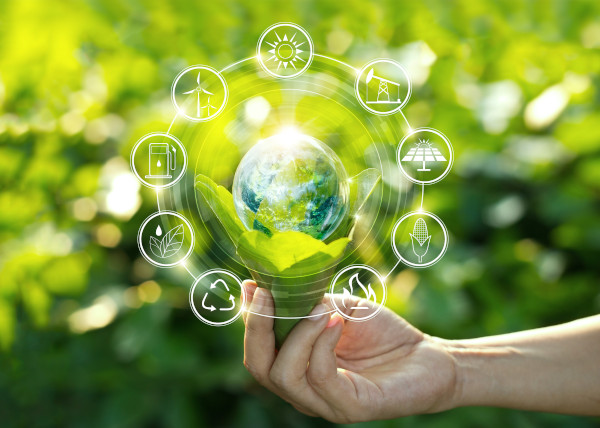 1. Design: innovative and elegant, clean spherical line, invisible screws, …
2. Safe: the absence of blades prevents any risk of hitting the upper limbs.
3. Suitable for working environment: leaves and hair do not fly, the absence of rotating blades helps to maintain people’s concentration.
4. Optimizes delamination: all occupants benefit from the same comfort conditions, thanks to a homogenized air flow.
5. Allows energy savings: balanced temperature in the room, in summer and winter comfort mode. Both heat and cold are better distributed, and the start of air conditioning is delayed in mid-season. At low speed, consumes 4 watts (10 to 20 times less than a conventional bulb).
6. More effective than traditional ceiling fans: volume of air treated by a single larger fan (up to 150m3), so less devices can be installed in the same volume.
7. Silent: No friction of the blades in the air (brushless motor), sound volume remains between 35 and 40db.
8. Frees up space on the ceiling: compact, it has a diameter of 86.4 cm and 18 cm thickness; ideal for low ceilings.
9. Comfortable lighting: in addition to its integrated dimmable LED solutions, it avoids the stroboscopic effect of paddle fans in the event of additional lighting.
10. Long-term warranty: the fan is entirely guaranteed for 5 years.

This website uses cookies to improve your experience while you navigate through the website. Out of these, the cookies that are categorized as necessary are stored on your browser as they are essential for the working of basic functionalities of the website. We also use third-party cookies that help us analyze and understand how you use this website. These cookies will be stored in your browser only with your consent. You also have the option to opt-out of these cookies. But opting out of some of these cookies may affect your browsing experience.
Necessary Always Enabled
Necessary cookies are absolutely essential for the website to function properly. This category only includes cookies that ensures basic functionalities and security features of the website. These cookies do not store any personal information.
Non-necessary
Any cookies that may not be particularly necessary for the website to function and is used specifically to collect user personal data via analytics, ads, other embedded contents are termed as non-necessary cookies. It is mandatory to procure user consent prior to running these cookies on your website.
SAVE & ACCEPT